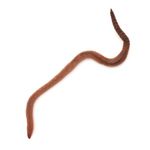 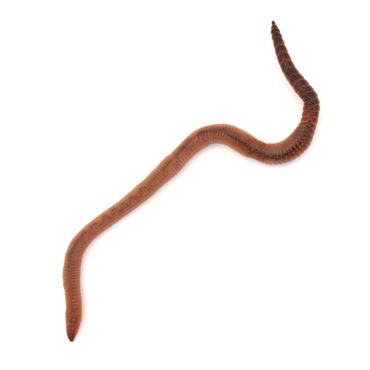 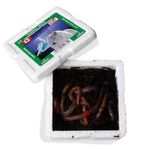 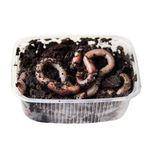 In local latitudes, thawing worms are much better known as earthworms. The thaw is also known as the common earthworm or eelworm, the scientific name of which is Lumbricus terrestris. Tauwürmer are the most widespread and surely most well-known kind of our native earthworms. Tauwürmer reach a length of up to 30 cm and this earthworm type probably belongs to the gladly seen guests in our gardens. Because where thawing worms feel at home, the soil is usually of high quality and free of pollutants. From the red worms, the Tauwürmern are quite easy to distinguish. While the Dendros (red worms) are colored completely red, only the front body part is red with the Tauwürmern. The rear part of the thaw looks rather pale white. The ability of thawing worms to turn dead plant remains into valuable humus makes these earthworms extremely beneficial.

But also as a healthy live food Tauwürmer have proven themselves for a long time. They are easily digestible and contain a lot of valuable protein as well as a whole range of high-quality nutrients. The fat content of thawing worms is rather low. Adult roundworms are really big bites and are also suitable as rearing food for different types of terrarium animals. Many amphibian species, various snakes, skinks and turtles love this healthy bite and eat thaw worms very eagerly. Also in the bird-breeding one falls back gladly on Tauwürmer as feed-animals. In addition to its function as live food, many anglers swear by thawing as hook bait. As a catfish bait, it is precisely the tawny worms that are credited with incredible success rates - tawny worms are attached to larger fishhooks as tawny worm bundles.

It is very difficult to breed thawing worms because they reproduce very slowly. Who wants to breed own worms, is here with smaller copies like the red worm much better served. To keep thawing worms fresh for longer, you should make sure that the soil substrate does not become damp - mould formation must be avoided. When stored at temperatures below 10°C, thawing worms lose significantly in agility and the likelihood of outbreaks decreases accordingly. In general, we recommend that you feed rope worms relatively quickly. You will receive our fresh rope worms in two different packages. The polystyrene box is especially suitable if you want to take the worms with you as fishing lures. In this way the rope worms remain well protected and tempered even in direct sunlight.